From Screen to Park: Disney Holidays

Disney Parks burst with holiday magic and cheer magical from November through December. The lights, the decorations, the ride overlays:  they all come together to make everything just more “Disney” than ever!

As your Disney Parks experts, we always want you to be prepared when you go on your vacation. Sometimes that preparation means learning about complicated things like park hopping. Other items, it’s a lot more fun such as giving  you movie recommendations!

If you’re going to any Disney Park during the holiday season there are just a few essential movies. Several movies will help you ease the pain if you can’t make it to Disney or if you’re missing Disney’s holiday season. Finally, because Disney has an enormous catalog of fantastic movies and TV shows, they also have many wonderful Christmas movies to enjoy! All of these are available to watch on Disney+, and many are in their “Happy Holidays” collection.

The essential show for Disney Parks holiday fans is Decorating Disney:  Holiday Magic. This special is a few years old, but many decorations haven’t changed. It covers both Walt Disney World and Disneyland. Get to know some of the Cast Members who spent the entire year preparing for this magical season! This is the best movie on the list to watch if you’re missing the holiday season at the Disney resorts.

Heading to Disneyland anytime from September through December? Tim Burton’s The Nightmare Before Christmas may be the one must-watch movie on this list. From the Halloween season through the winter holidays the Haunted Mansion at Disneyland has an elaborate overlay based on this movie about the Pumpkin King who becomes obsessed with Christmas. The overlay is a fan favorite and intricately detailed. It may not make sense if you’ve never seen the movie.

If you enjoy (or just hate-watch) the phenomenon that is Disney Weddings, this over-the-top holiday edition will thrill you. With weddings on each coast, you’ll find yourself trying to figure out how they paid for all of it, dreaming of your wedding, or maybe both at once! If you think the typical weddings featured on this show are elaborate, you have to check out the holiday weddings.

Ever dreamed of having a Disney Park to yourself for a grand adventure? Some very lucky Disney Channel stars got to do just that at Walt Disney World for this holiday special. Teams compete against each other in crazy challenges to win money for charity. Serious Disney fans will soak up the atmosphere of the nearly empty parks and the detail of the holiday decorations! Keep an eye out for special details you don’t want to miss on your visit!

Fans have mixed feelings about Disney’s straight-to-video movies, and Beauty and the Beast:  The Enchanted Christmas is not an unusual entry in that group. This one at least has most of the original cast and fairly charming songs. You may spot some decorations from this movie in and around Be our Guest at the Magic Kingdom. This movie does something unusual with Belle’s wardrobe in the Disney Princess canon.  Belle’s movie holiday dress appears in the parks. Every princess has a consistent, distinctive color and look, even their holiday versions. People are emotionally attached to Disney Princesses’ outfits. (Go down the rabbit hole of the great Wardrobe Redesign Controversy of 2013 for a range of emotional and political responses.) Belle is a dramatic exception. From her standard blue provincial and yellow ball gowns the holiday season gives her a dramatic yellow and burgundy dress. So if you or your kids need a narrative reason why Belle looks so different, watch the movie. Otherwise, you’ll be fine with “it’s the dress from the holiday movie”.

[Editor’s Note: There is considerable debate around costumes and movies in the ConciSPHERE. Check out an upcoming blog on the costumes for more princess fun. For more on the Belle and her Enchanted Christmas, head to the Scraping the Vault podcast with our friends at the EarzUp Podcast Network!]

There are two classic versions of A Christmas Carol that you should watch as a Disney fan, and definitely before your holiday vacation:  Mickey’s Christmas Carol and The Muppets Christmas Carol. Mickey’s version used Disney’s characters in almost all roles, while the Muppet version used humans and created new Muppets for the movies. Which is better? That’s a debate for the ages. Both are iconic. This year Goofy as Jacob Marley and Scrooge in his nightshirt has been a wildly popular meet and greet at the Merriest Nites parties at Disneyland.

There are two other Mickey and friends movies that are essential holiday viewing:  Mickey’s Once Upon a Christmas and Mickey’s Twice Upon a Christmas. They both have their moments of seasonal pathos. My children detested the sadness of Mickey and Minnie’s remake of “Gift of the Magi” so much we always skipped it. The rest of the stories they liked. The never-ending embarrassment Goofy causes Max is featured in each movie, and Huey, Dewey, and Louie get stuck in a horrific Christmas version of Groundhog Day. You may see references to these movies all over the parks, in decorations, store windows, costumes and souvenirs. It can vary a bit depending on the year.

For your consideration:  Iron Man 3. Is this a Christmas movie? The debate runs along the lines of those around Die Hard. Often, the only genre movies we see crossing over into “Christmas” territory are romantic comedies. The story of Iron Man 3, however, is that classic “Christmas movie” trope of going through a series of ordeals to become a better man – see A Christmas Carol’s Scrooge, or It’s a Wonderful Life’s George Bailey. Marvel says it’s a Christmas movie. What do you think? Comment below!

If you want to continue with your Disney holiday movie watchlist, here are a few more of our favorites, in no particular order. They might not be essential Park-prep, but they will fill you with holiday cheer!

The Nutcracker and the Four Realms

I’ll Be Home for Christmas

To plan your magical holiday Disney vacation, talk to one of our Disney Parks experts! We’ll help you maximize your joy while minimizing your stress.

We hope that you and all the people you love have a very happy holiday season! May your days be Disney and bright! 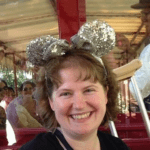